It’s out. It surely won’t be passed in its present form and hasn’t been published by the 17 September 2020 deadline ordered in the 18 September 2018 Prince judgment in which the Concourt abolished the prohibitions against an adult personally cultivating and possessing cannabis in private in order to personally consume it in private. Indeed, it was only officially introduced in Parliament on the 1st of September.

It’s far from perfect. It permits and prohibits arguably arbitrary quantities and creates some curious offences with harsh sentences that would make it difficult for many to exercise their constitutional, privacy-based cannabis rights; perpetuating and, many argue, deepening socio-criminal stigmas against already marginalised, cannabis-using communities.

But possession for the purposes of sale is a form of dealing. Thus the Prince Concourt was somewhat dragooned into ruling that in the case of cannabis the right to privacy is a right to be left alone but that Parliament must delineate the quantities that may be possessed within this private realm. So it is difficult to imagine how any first draft of its kind was ever going to navigate this Scylla and Charybdis of an impasse. Its permissions and prohibitions are hopefully under a sharp knife of the parliamentary process.

And in the wake of the Prince judgment, cannabis clubs are proliferating; steadily weaving themselves into the edgy fabric of South African urban culture with a thus far judicially untested legitimacy.

Given that the prohibition against so-called recreational dealing in cannabis is here to stay (at least for now), and that many cannabis users are not in a position to privately cultivate their own cannabis, the Bill (in whatever form in which it is enacted into law) must by-hook-or-by-crook be read to legitimise cannabis clubs across the vast rural-urban and high-low income divides in South Africa.

But dealing in cannabis is simply illegal. And cannabis clubs must fiercely apply this logic to all levels of their corporate decision-making and operations and meticulously reflect it in the corresponding legal documents and accounting systems.

To these ends, critical questions need to be carefully addressed in deciding whether an intended cannabis club model is legally viable, including, to name some of the salient ones:

This list is not by any means exhaustive of all of the considerations that require rigorous legal analysis and modelling. And the flexibilities of Prince will come to an end once the Bill’s legislative process culminates with an Act of Parliament.

So it would be prudent to judiciously and prospectively consider your intended cannabis club model and whether it holds the promise of a commercially viable cannabusiness prior to pouring blood, sweat, tears and millions into establishing it.

The deadline for public comment on this draft bill has been extended until the end of November. For the future of cannabis in South Africa, the cannabis community is urged to leave their comments. 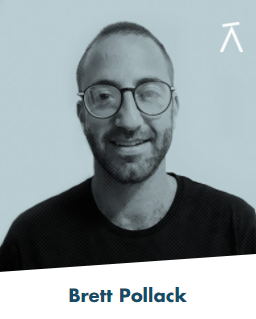 A Lesotho-Based Cannabis Company is the First Cannabis-Cultivator in Africa to get Approval to Export the Medicinal Cannabis Flower as an Active Pharmaceutical Ingredient...

1
A stash bag, although handy and necessary to cannabis connoisseurs, can be a bit of a nuisance. It would make much more sense for...

Gauteng Wants to Cash in on the Cannabis Industry

Does CBD Really Counteract the Psychoactive Effects of THC?