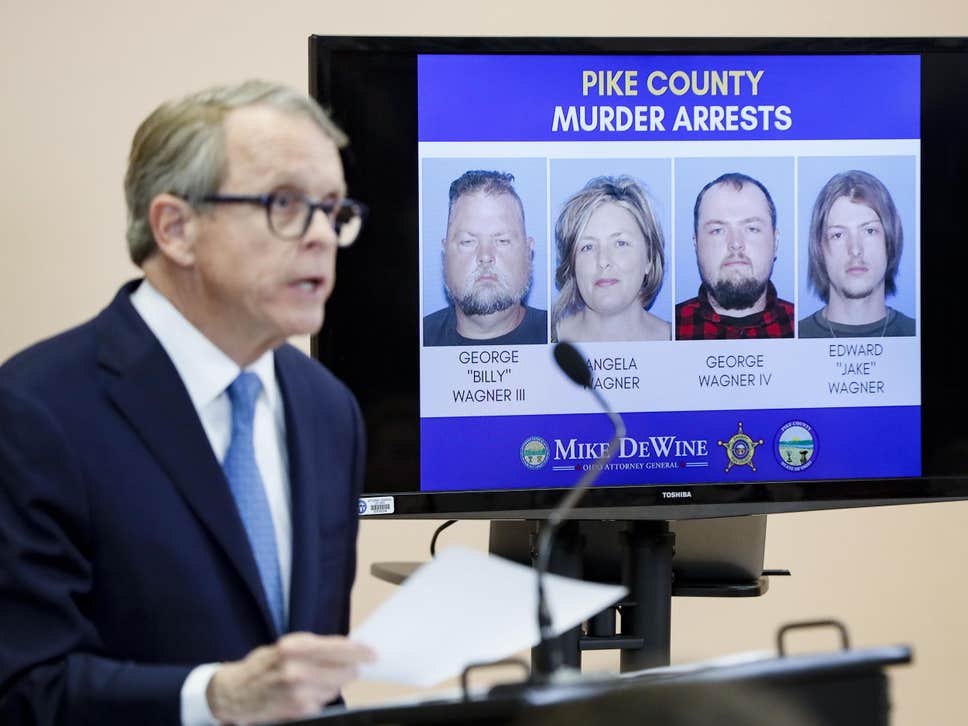 The eight victims found on the farm ranged in age from 16 to 44 and were found dead in 4 separate houses on their family farm in Pike County, Ohio. Parents George “Billy” Wagner III (47) and Angela Wagner (48) were arrested alongside their two sons George Wagner IV (27) and Edward “Jake” Wagner (26).

They will be charged with planning and carrying out the murders along with a handful of other offences such as conspiracy, tampering with evidence and obstruction of justice, Ohio state attorney general Mike De Wine said in a recent press release.

Jake Wagner was a former boyfriend of one of the victims, 19-year-old Hanna Rhoden and shared custody of their daughter at the time of the killings which came as an absolute surprise to the members of the public and court. The attorney general also said in a tweet: “Our investigation alleges that the suspects studied the victims’ habits and routines. They knew the layouts of their homes. And they knew where they slept.”

The Wagner family lived in Peebles, Ohio, at the time of the killings, but they had since moved to Alaska.

The mothers of Billy Wagner and Angela Wagner, Fredericka Wagner and Rita Newcomb were also arrested in connection with the alleged cover-up of the massacre in Pike County, the attorney general also stated to the press.

[…] There you can find 17814 more Info on that Topic: cannabisnews.co.za/family-charged-with-murder-of-8-people-on-marijuana-farm/ […]

[…] Here you can find 43316 more Info to that Topic: cannabisnews.co.za/family-charged-with-murder-of-8-people-on-marijuana-farm/ […]

[…] Read More on to that Topic: cannabisnews.co.za/family-charged-with-murder-of-8-people-on-marijuana-farm/ […]

my konami slots for pc https://freeonlneslotmachine.com/

doctor of health science no dissertation

[…] Information on that Topic: cannabisnews.co.za/family-charged-with-murder-of-8-people-on-marijuana-farm/ […]

Is Cannabis the Immune Booster We Need to Combat COVID-19?