Are you looking for some more personal advice on your grow? You can trust someone’s advice a little more when they’re actually examining your plants in person, as opposed to looking at a picture on the internet. This is why cannabis consultants have rapidly risen in popularity in South Africa.

Many local citizens are relatively new to growing as personal grows have only recently been decriminalised. With this, they have a lot to learn, and what better way than with a cannabis consultant? A person who can come to your location, physically peruse your grow and give you professional advice. With many years of growing under their belts, they have plenty of value to offer.

We found ourselves face to face with one of these consultants just a few weeks ago – Kyle 420. We weren’t quite prepared for an interview, but we made it happen anyway! What was meant to be a quick hour long chat turned into 3 hours of the CN team sitting in awe of this man’s knowledge and passion for the cannabis plant.

Kyle’s story really begins when he travelled to Texas (United States) to start his college degree. The growing bug had bitten before his trip, where he grew casually through his last years of high school, but what he experienced in the American cannabis industry grew his passion exponentially. When a friend from Texas announced that they were going to work on a farm in California, he just couldn’t resist joining in on the adventure.

It was an illegal farm, so they spent their nights camped out and waiting for sunrise to get to work. A week later he returned to Texas and completed his studies, which allowed him to remain in the States for another year. After working on farms in Grass Valley, California, he soon realised that this is what he wanted to do for the rest of his life.

From here he travelled freely, working on a few other illegal farms and learning the tricks of the trade and discovering that soil is the most important variable in the grow. He strongly advises you do some research into what makes a good living soil, what microbes feed on and what the plant requires for a successful life.

He claims he is no expert, but after spending years working on big facilities and working with the plant every day, he might just be. Learning from other growers who have been involved with cannabis since 10 years old, he absorbed as much knowledge as he possibly could. From seed to harvest he can diagnose issues at any stage of the grow cycle. 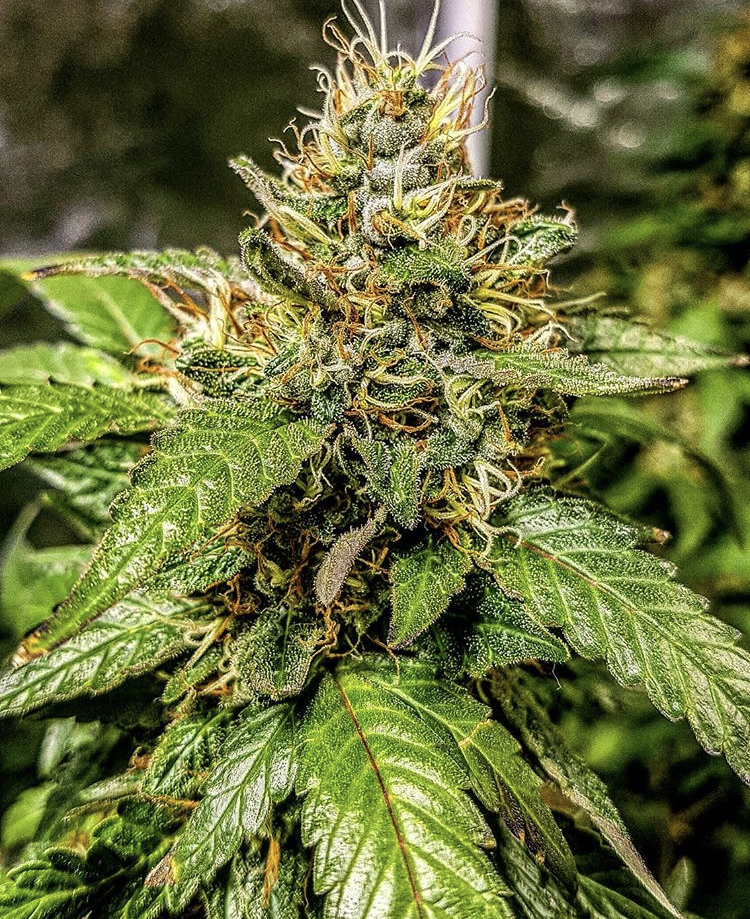 When it comes to personal preference, he takes on the challenge of indoor growing. Tinkering with light and temperature at different growth stages are what he enjoys. With that said he has noted that outdoor grows are underappreciated, and can yield just as strongly as indoor grows. There’s nothing quite like sun grown cannabis after all, especially with the local climate.

If you’re looking for a relatively easy strain to start your growing journey, he recommends Northern Lights and White Widow from his experience. Whereas strains that aren’t suitable for our climate, such as Afghan Kush or American bred genetic crosses, may present more of a challenge.

We also asked him what his stance was on the fabric vs plastic pot debate. For him, it’s fabric all the way – simply because it helps avoid things like root rot from poor drainage which is common in plastic pots.

When it comes to the future of cannabis in South Africa, Kyle is very hopeful. He has seen the hype raised by local politicians such as Tito Mboweni, agreeing that we need the tax money! He hopes to own a dispensary in the future – and not for the money, but for the love of the plant. He wants to help everyone have access to the plant, because not everyone has the knowledge, time or money to grow their own.

We hope everyone can be blessed with the delightful experience & consultation we had with Kyle.

If you want to contact him to come out to your home or facility and help with your grow, feel free to contact him on his number or through his Instagram page.

Are Grow Clubs Legal in SA?

[…] Read More on to that Topic: cannabisnews.co.za/the-cannabis-consultant/ […]

[…] Read More on that Topic: cannabisnews.co.za/the-cannabis-consultant/ […]

[…] Information on that Topic: cannabisnews.co.za/the-cannabis-consultant/ […]

[…] Information to that Topic: cannabisnews.co.za/the-cannabis-consultant/ […]

where can a hungry gay bottom find a top dating https://speedgaydate.com/

in the money slots

[…] Read More on to that Topic: cannabisnews.co.za/the-cannabis-consultant/ […]

Leaders in Cannabis Cultivation Across the Continent of Africa

The Difference Between CBD and F.E.C.O. Oils

Creating a Flourishing Economy via Cannabis Legalisation in the Eastern Cape

Cannabis News ZA - 04/10/2021 20
Medical cannabis can be a solution to your health problems, and on the IntroCann portal this process can be at your fingertips. Technology has changed everything about the world, and more so everything we understand...
Read more

Stoner Steve’s Strain of the Month for February: Gorilla Glue #4