Oh brick weed, we’ve all been there. At one time or another, we’ve all partaken in a little bit of brick weed, compressed to no end – making it that much harder to pick out seeds and stems. This compressed brick weed makes up much of the illicit global cannabis market, often consisting of relatively cheap and poor quality flower, tightly packaged for the ease of transportation. 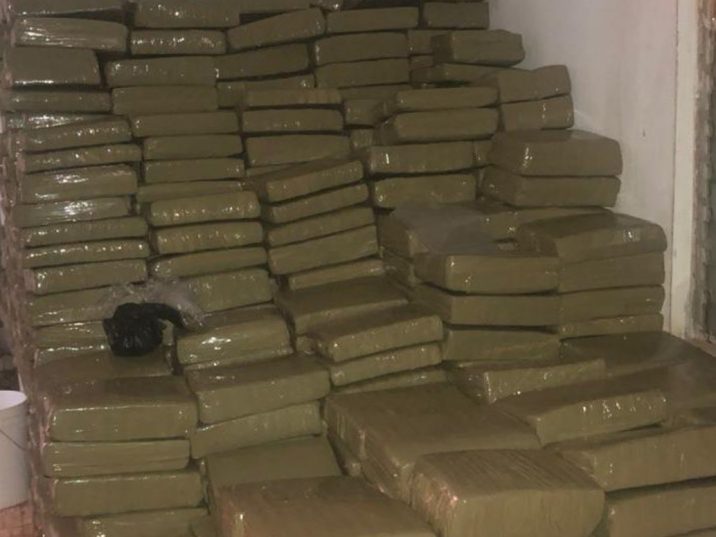 Jamaican police seized just under 4000 kg of this illicit cannabis, with an estimated street value of $35M (R653M) according to the Jamaica Constabulary Force. This would appear to make it the largest Jamaican drug bust the country has witnessed. This comes after searches were conducted in Manchester, a parish in south-central Jamaica. The drugs and transport vehicle were confiscated.

Despite Jamaica’s reputation as a cannabis hotspot, the plant was only decriminalised in 2015 under certain limitations and rules. It’s only adults who are allowed to grow and consume, allowing for up to 5 plants at a time and an individual may not have more than 50 grams on them without the potential for criminal penalties.

Illicit cannabis is not much of a surprise, but as legalisation spreads we are seeing a general increase in the quality of cannabis. So this makes one wonder who is still purchasing such low quality flower?

It is likely that the group of criminals in question had no intention of doing things the legal way, purchasing large quantities of cheap and low quality product to try and sell for the biggest profit possible. This is the route that many may still choose despite Jamaica making changes to policy which intend on helping illegal cannabis farmers transition into the regulated market. They may not have made much in terms of trying to do things the legal way, but they made frontpage news for the biggest Jamaican drug bust in history.

[…] Find More on that Topic: cannabisnews.co.za/whos-still-buying-r653m-worth-of-brick-weed/ […]

[…] Information on that Topic: cannabisnews.co.za/whos-still-buying-r653m-worth-of-brick-weed/ […]

dating site for gay men over 50

[…] Read More on to that Topic: cannabisnews.co.za/whos-still-buying-r653m-worth-of-brick-weed/ […]

how long is a dissertation paper https://helpon-doctoral-dissertations.net/

[…] Find More on that Topic: cannabisnews.co.za/whos-still-buying-r653m-worth-of-brick-weed/ […]

The Legal Cannabis Industry is a Job Creating Monster